A Local’s Guide To Cost of Living in Huntsville, AL 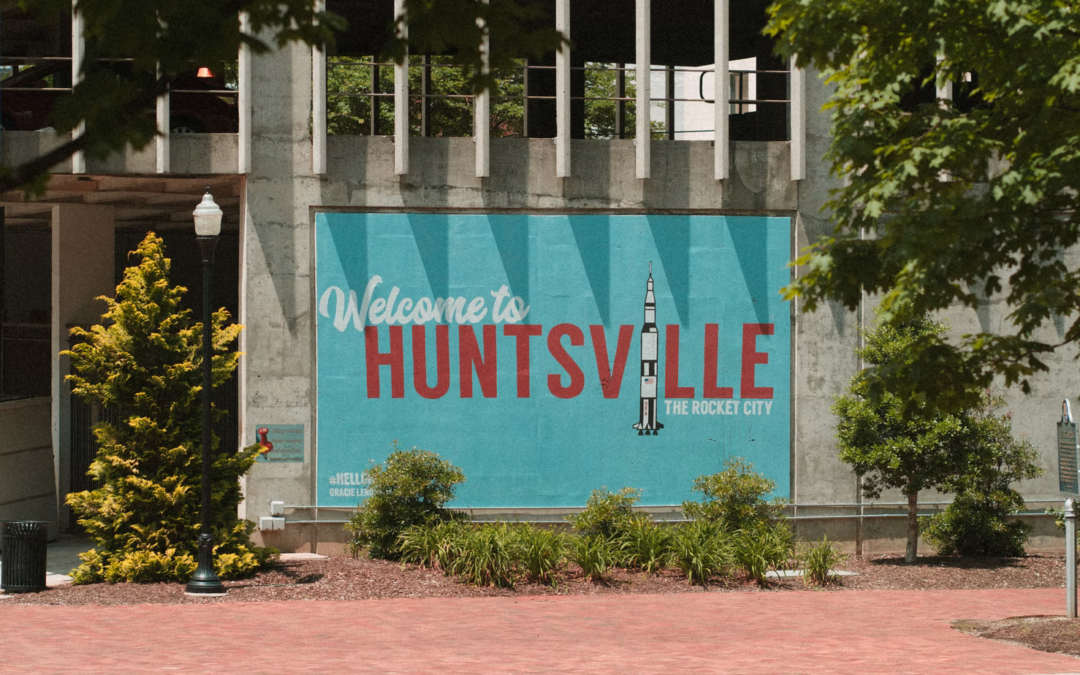 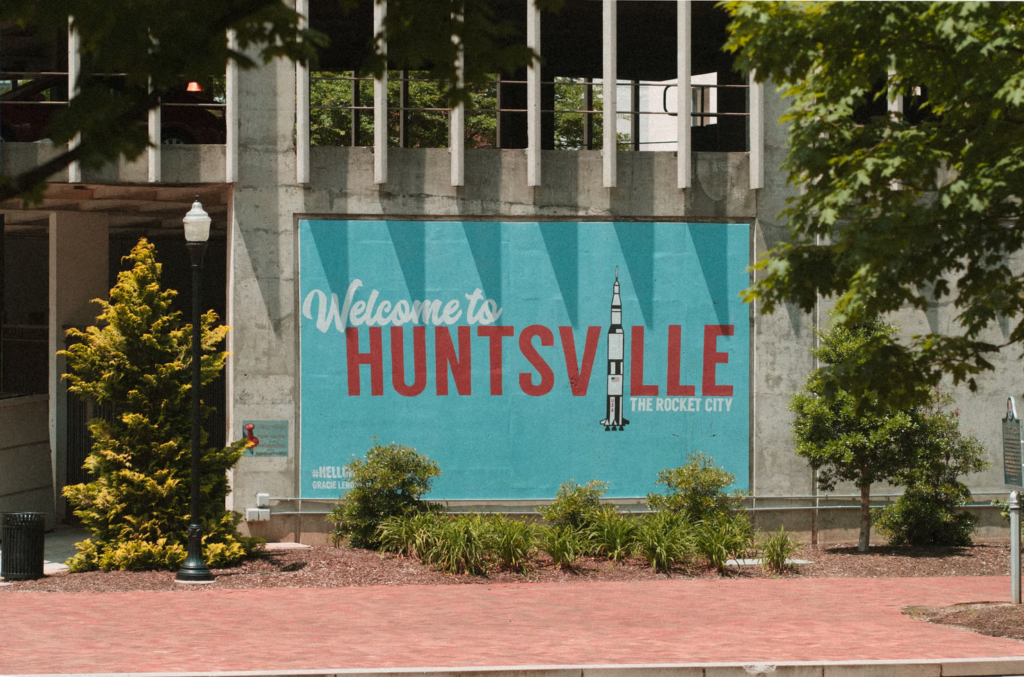 Huntsville, Alabama is affectionately known as ‘Rocket City’ owing to it being the birthplace of the rockets that put a man on the moon. It has that nice suburban feel to it that would be perfect for anyone wanting to set down roots. Huntsville, AL is truly a great place live.

So, how much would it cost to live here? In this article, we go over Huntsville’s cost of living expenses to help you figure out if the cost of living here is within your means.

If you’re considering moving to Huntsville, you’ve come to the right place.

The median cost of housing in Huntsville sits at around $390,000, indicating a 2% increase in housing costs year-over-year, and the price is the highest it’s ever been.

The average housing price per square foot is $155, with 2,579 square feet being the average home size.

In October of 2021, the cost of housing went up by a whopping 108% in the past year. This large difference is due to December of 2020 having the lowest median housing price for Huntsville in years, sitting at $186,450. Since then, the Huntsville housing market has seen a drastic increase in price over the course of a single year due to an increase in demand and a decrease in supply.

Let’s take a look at how much these homes would cost to rent or purchase.

The price of renting a home in Huntsville can be anywhere between $500 and $4,600, with the majority of these homes costing between $500 and $1,300. Prices vary depending on the number of rooms, how close it is to the city’s center, as well as the quality of the home.

Rented households make up about 31% of the properties of Huntsville. There are hundreds of houses for rent in Huntsville, with the available houses ranging from small and affordable studio homes to larger, pricier homes with up to 5 bedrooms.

The range of homes provides prospective renters with many options, so it’s easier to find a home within your budget.

Renting an apartment in Huntsville would usually cost you between $500 and $2,000. Studio apartments are the most affordable, usually falling between the $500 and $1,000 price range. For a 2 bedroom apartment, you can expect to pay an average of $950.

The most popular areas in Huntsville to rent are Addison Park Apts, Lake Forest and Providence Ridge Apartments, which all fall under the aforementioned price ranges.

Huntsville, Alabama has many condominiums as well, for those who’d prefer not to rent a house but want more space than an apartment can provide. These condos have a median price of $1,310 a month for a single bedroom, $1,900 for a 2 bedroom condo, and $2,400 for a 3 bedroom condo.

Cost of Buying A House

The median cost of a single-family home in Huntsville is around $400,000. The average home size you can get for this amount is about 2,617 square feet.

Alternatively, McMullen Cove is the most expensive out of all of Huntsville’s neighborhoods, with an average home price of $630,000 and costing $180 per square foot.

Huntsville, Alabama’s utility costs are 10% above the national average. To get your utilities turned on, you will need to pay a $300 deposit to Huntsville Utilities, as well as a $60 non-refundable connection fee.

The electricity rates in Huntsville cover energy charges and customer charges. Energy charges refer to the amount paid based on how much electricity is used. These payments go towards paying for power line and power plant operation and maintenance.

Customer charges are a fixed amount that covers services like meter reading, billing, and administration costs. These are all costs that make up your electricity bill.

For a single-family home, the monthly energy charges are as followed:

Huntsville’s water rates are based on availability charges and consumption charges.

The availability charges refer to the amount charged to the household based on their water meter size.

Consumption charges are paid according to how many gallons of water is used by the household on a monthly basis. The prices are tallied as followed:

In Huntsville, natural gas is charged per 1,000 cubic feet along with a fixed price of $10,00 that goes toward the gas company and the services they provide.

The consumption charge of natural gas in Huntsville is just over $10 per 1,000 cubic feet.

Natural gas is a fuel often used for heating and cooking, and can also be used to generate electricity. Natural gas is often used as an alternative source of energy due to its affordability, though it’s not too good for the environment due to the methane released from burning it.

Garbage Collection: Garbage collection in Huntsville is priced at $16.50 per month, with additional garbage cans going for $3 per month.

On average, a loaf of bread, a liter of milk, and a carton of eggs would cost you a combined $6. For fruits and vegetables, you can expect to pay anywhere from $2 to $6 per 2 lb.

Huntsville is home to a fair amount of chain restaurants, as well as many locally-owned eateries. A meal at a regular restaurant would cost $11,50 on average, with prices ranging from $8,00 to $22,00.

Huntsville, Alabama has a wide variety of clothing stores, some of which are highly rated, as well as Parkway Place, an enclosed mall that is home to quite a few stores.

A regular pair of jeans would cost around $40, while a summer dress from a chain store would cost $35.

Healthcare in Huntsville, Alabama costs 3% lower than the national average. The Huntsville Hospital is ranked in the top 50 for best hospitals in the country for cardiac surgery and has received a spine surgery excellence award for the past 2 consecutive years.

For health insurance, the average costs are as follows:

The cost of an X-ray in Huntsville can range from $12 to $450 for a patient with health insurance. The price depends on your health insurance plan. A patient paying cash would be charged from $60 to $70.

The cost of an annual physical examination would be anywhere between $50 and $200 for those without health insurance. If you have insurance, the cost is either completely covered, or requires a co-payment of $10 to $50.

The Huntsville City School District has 43 schools under it. Out of these schools, 6 of them are high schools, 11 are middle and junior high schools, and 26 are elementary schools with pre-kindergarten programs.

Huntsville has 5 colleges, and 7 in the general area. This includes 4 private colleges and universities and 2 public ones. The average cost of college tuition in Huntsville is $8,000.

The cost of transportation expenses such as bus fares and gas prices are 5% lower than the national average.

For a one-way bus ticket, you can expect to pay $1. Children 6 years and under, students, senior citizens, disabled citizens, and Medicare or Medicaid cardholders are charged only 50 cents.

The current price of gas in Huntsville is about $3.20 for regular and $3.80 for premium.

Rocket City is home to various attractions ranging from arts and nature to shopping and museums, as well as a variety of nightly activities such as jazz cafes, stand-up shows, and nightclubs.

A visit to the Veterans Memorial Museum costs $5 for admission. The Huntsville Museum of Art is free for members and children under 6 years, and costs $12 for adults, $5 for between 6 and 11, and $10 for seniors, educators, and members of the military.

Huntsville has a few mini-golf courses as well. The most highly rated is the Insanity Complex which is priced from $6.00 to $9.50. Insanity Complex also has other family-friendly activities such as skateboarding and roller derby.

In Huntsville, you can live comfortably on a monthly salary of $3,500.

Huntsville is a great place to set down roots. It has both affordable homes and schools, as well as pricier homes with many private schools. With its family-friendly activities and exciting nightlife, it’s a city that families and singles alike would enjoy.